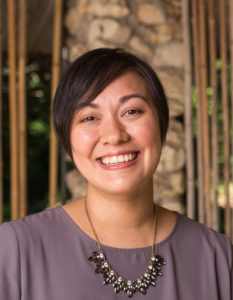 Raised in the rural town of Brock, Texas, Kimberly (Kim) Petty took on two passions at an early age – reading and writing. Surrounded by little else other than livestock and the Brazos River, her imagination flourished. By the age of five, Kim was asking her parents how to spell words and writing her stories down on any surface she could find. Her mother has the coffee table to prove it.

“Thanks to my brother’s Little League games,” says Kim, “my family made weekly trips into town. The baseball fields were across the street from a public library, so I got to spend nine innings enjoying the company of books – 18 if I was blessed with a doubleheader.”

Her family moved to the suburbs of Fort Worth, where during high school she took on an internship at the Southlake Journal, a local community newspaper. The Journal’s close-knit operations allowed her to participate in every aspect of the paper, from writing to photojournalism. Once her internship was completed, she was hired as a staff writer and began to study journalism at the University of North Texas. With a desire to expand her studies, she transferred to St. Edward’s University in Austin to major in professional writing, which broadened her writing skills from journalism to technical writing and writing on the web.

“A key reason I made the switch from journalism to professional writing,” explains Kim, “is because written word communication was undergoing a major change at the time. Facebook was just introduced to universities and colleges, and Twitter was soon to debut. In a world where everyone is trying to accomplish a lot in a short amount of time, our communication has to be as efficient as possible.”

Kim joined Cave Henricks Communications in 2011, where she has demonstrated her communication abilities in her role as a publicity manager. She has secured coverage for clients in top-tier media outlets, including The Wall Street Journal, USA Today, The Economist, Financial Times, Foreign Affairs, Entrepreneur, Family Circle, and on FOX Business Network.

“My experience with Kim Petty was nothing short of terrific! Kim (and everyone on the Cave Henricks team) took the time to thoroughly research target markets for my book, Managing Up, and I am thrilled with the results. Kim worked diligently to find and connect with media outlets who would share the message of my book. I’m a first-time author, and Kim did an excellent job walking me through the entire process and making sure all my questions were answered along the way. I’m thrilled with the results and would recommend Kim as a publicist to any author!”

—Mary Abbajay, author of Managing Up

What is your favorite part of the job?
Making that perfect connection between an author and a journalist. I love helping authors establish long-term relationships with journalists and seeing them become the go-to experts in their field.

When/where are you most in your element?
When I’m far enough away from city lights to see the Milky Way at night!

Favorite book or author?
The Catcher in the Rye, by J. D. Salinger

What is one thing you couldn’t live without?
Dr Pepper