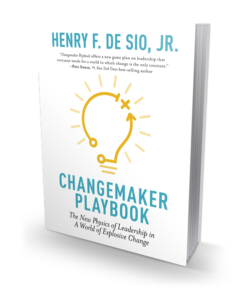 The New Physics of Leadership in a World of Explosive Change

The Game Has Changed!

What would you do if the game you had been preparing for your whole life had changed?

This is the question we all face today. Our one-leader-at-a-time past has given way to a present reality where everyone has the potential to lead in every aspect of life. We all have at our fingertips the tools of change that were once available to only a few. This shift from one-leader-at-a-time to everyone-leading-in-every-moment has created a changemaker effect on society. Change is no longer linear and faster, it’s explosive and omnidirectional—and we are the first generation to navigate this reordered reality.

CHANGEMAKER PLAYBOOK will show you how to thrive in every aspect of today’s transformed societal landscape. Based on the author’s discoveries about leading in change from some of the world’s leading changemakers — business and social entrepreneurs, educators, media thought leaders, and youth innovators — readers can apply the principles in this book to the new everyone-a-changemaker world. An unforgettable tutorial on the principles of empathy-based ethics, co-creative teamwork, and the ins and outs of the new game, CHANGEMAKER PLAYBOOK is as much a new leadership handbook as it is the definitive individual and organizational achievement playbook.

This is the new playbook for the new game. 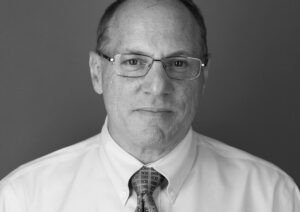 Hon. Henry F. De Sio, Jr., is known as the global ambassador for changemakers. A leadership advisor, campaign and organizational strategist, and keynote speaker, he has served as the executive of both startups and large, complex organizations. As the 2008 Chief Operating Officer (COO) of Barack Obama’s presidential campaign, and then serving as Deputy Assistant to the President in the Obama White House for two-and-a-half years, De Sio came to be intimately acquainted with a new emerging pattern of societal change. He has since followed his campaign-driven passion for hope and change to make changemaking a global phenomenon.

De Sio has engaged with the world’s leading social and business entrepreneurs, and he has brought the powerful framework of new leadership and team-of-teams organization described in Changemaker Playbook to board rooms, newsrooms, community forums, university institutions, and governmental halls all over the world.

Henry De Sio holds a master’s degree in public administration from Harvard’s Kennedy School, and he earned his B.A. in political science from the University of California-Santa Barbara.