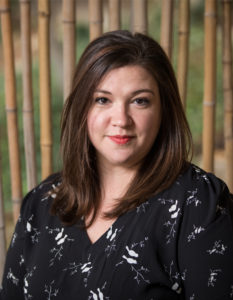 Nina has spent a decade in the publishing industry, working previously at Penguin’s Young Readers division, promoting many of her beloved childhood favorites—Spot, Peter Rabbit, The Little Engine That Could, and Mad Libs.

She joined Harvard Business Review Press in 2010, working with a number of prestigious authors and books, including John Mackey and Raj Sisodia, Conscious Capitalism; Joan C. Williams, White Working Class; Stewart D. Friedman, Leading the Life You Want; Heidi Grant, No One Understands You and What to Do About It; Herminia Ibarra, Act Like a Leader; Michael Watkins, The First 90 Days; and Vijay Govindarajan, The Three Box Solution, among many others. Nina has repeatedly landed top-tier national coverage for her authors in outlets such as The New York Times, The Wall Street Journal, The Economist, Financial Times, The Washington Post, Bloomberg, Fast Company, CBS This Morning, and NPR.

An author Nina once worked with said that to figure out what you should be doing with your career, you should give yourself the “newspaper test.” Or rather, when you pick up the Sunday paper, look to which section you pick up first. For her, it was the Book Review. “It’s always been about books for me.”.

“The team I worked with at Cave Henricks Communications was led by Nina, Pam, and Barbara. They are phenomenal. Nina’s determination is so apparent that it is outmatched only by her sheer competence. She reaches for every opportunity, manages the communications process seamlessly for multiple stakeholders, and organizes and shares each new development with them like clockwork. I’m deeply appreciative of her ceaseless efforts and expert advice.”

What is your favorite part of the job?
I love working with authors. Being exposed to new ideas, and the people behind them has always been my favorite part of this job. I’ve worked with so many different kinds of authors, and love getting to know who they are, understanding what’s important to them, and helping them get their idea out into the world. I feel very lucky to have long lasting relationships with so many wonderful authors.

When/where are you most in your element?
Spending time outside together with family and lifelong friends—on a lake, in the country or at the beach—with our kids, and our parents, reliving old memories and creating new ones. Those really are my favorite times.

What is the one thing you couldn’t live without?
Laughter. Especially from my husband, son, and daughter. It makes the world brighter.