The Book Industry Trade Journals and Why They’re So Important

If you publish a book, chances are that your very first media review will not come from a top tier media outlet like The New York Times or The Wall Street Journal, but rather a publishing trade journal like Publishers Weekly.

And you’ve probably never read this magazine—or Kirkus Reviews, Library Journal, or Booklist—even though you have seen the names on countless book jackets. Yet they are incredibly important to authors and those who work in the book industry. Making up the four big trade journals, they are aimed at literary agents, newspaper and magazine editors, bookstore buyers, librarians, and even film industry types looking for potential movie rights. Their reviews—a couple hundred words or so of plot summary, context, and a quick verdict—influence which books get noticed, bought, and promoted in the media.

If you’re publishing through a traditional method, copies of the galley or advance reading copy will be sent four to six months before publication by your publicist. Reviews will typically land a few months before the book goes on sale. 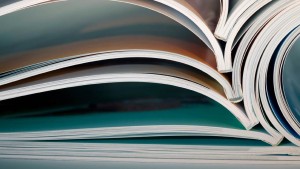 Here’s the rundown on each one:

Often referred to as the “bible of the book business,” Publishers Weekly offers news on all aspects of the book business, bestsellers lists, and industry statistics, but is best known for pre-publication book reviews, publishing some 8,000 per year. The first reviews appeared in the early 1940s and were called Forecasts, since early reviews included a line or two at the end that attempted to predict a book’s likely success in stores. The label continued to be used long after the actual “forecasting” ceased, and it was not until 2005 that the name of the section changed to simply “Reviews.” PW’s review editors have numbered anywhere from six to a dozen, each with a specific area of coverage, and between them they call on the services of several hundred reviewers, many of them specialists in their fields. PW’s reviews are 200-250 words and are anonymous.

Published on the first and 15th of each month, Kirkus reviews over 7,000 titles per year, providing succinct prepublication reviews of fiction, nonfiction, and YA. In 2014, they also began the Kirkus Prize which bestows $50,000 in prizes annually to authors.

A wonderful history of the publication and its founder, Virginia Kirkus, can be found here.

Library Journal is edited for librarians and is the most trusted and respected publication for that community. Built on more than a century of reviews, it provides features and analytical news reports covering technology, management, policy, and other professional concerns to public, academic, and institutional libraries. The reviews section evaluates 8,000+ reviews annually of books, e-books, audiobooks, and websites.

Designed as a tool for information on all new literary releases. Includes a quarterly supplement Book Links, which helps librarians, teachers, and parents connect children with high quality books. Provides a guide to current library materials in many formats appropriate for use in public libraries and school library media centers. Also includes feature articles, author interviews, bibliographies, book-related essays by well-known writers, and a selection of columns.

Others book industry sources to check out: GalleyCat and Shelf Awareness.