Being Heard in an Era of Noise

We live in an era of noise where news and information is abundant, coming to us 24/7 in an unceasing stream.  At the same time, our attention span is shrinkin 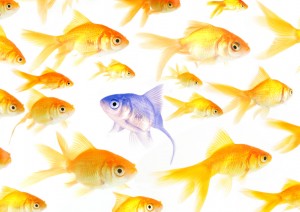 g.  A study conducted last year by Microsoft shows that our ability to focus dropped from 12 seconds in 2000, to a new record low of eight seconds in 2015.

Together, the din and our diminishing ability to pay attention make it more difficult to be heard.  How can you stand out?  What does it take to become a world class communicator?  And perhaps the biggest question of all – how do you not only get someone’s attention, but keep it?

All of us are now layman journalists, creating content that sits in public view.  From social media channels, to blogs, to YouTube, the Internet has created an endless canvas to hold your messages.  But before you begin crafting material and take to the public stage, consider cultivating at least some of the skills that seasoned reporters rely on.

Be clear, clean and credible

Write and speak in jargon-free language using correct grammar and punctuation.  Be scrupulous about fact checking.  Strive to be interesting and understandable no matter the format.  And always submit your work to another set of eyes before posting.  Editors and producers are not only crucial to the integrity of content, but also give you the advantage of an objective opinion before the world reads or views it.  Create your own process, but build the skills and habits of solid reporting.  Fred Allen, Leadership Editor at Forbes, recommends all aspiring columnists read  Politics and the English Language by George Orwell. This slim essay written in 1946 is a seminal work on writing well.

Just as you should write about what you know, make sure your content sounds like you.  Understand that your public voice won’t perfectly mimic your private one, but it should contain elements that make it personal and unique.  Practice reading your copy aloud and see how it feels and sounds.  Be willing to tweak the written word until is suits your purpose and reflects your personality.  People react and connect more strongly to voices that have idiosyncratic qualities.

When joining the national conversation on any subject, have an opinion about it.  Echoing the masses is not a good tactic for attracting attention.  Do your homework on a subject or issue and develop a stance that you can defend.  Be passionate and clear on your position but avoid ranting.  While Rush Limbaugh makes a good living at it, few can pull this off without becoming tiresome far too quickly.

Focus on the niche

Let go of the idea that everyone will be interested in what you have to say and instead focus on your first audience, those who will benefit most from your message.  Address this group very specifically to win over those who are most likely to become not only your audience, but perhaps even raving fans.   Stop homogenizing messages to have mass appeal.  The masses have fractured back into niche audiences each capable of finding material tailored specifically to them in the vast universe of the internet.

Don’t always deliver a monologue, instead look at your content as a way to start a really good conversation.  Strong ideas that you feel passionately about are a great place to begin when crafting a piece.  Always invite your readers in, urging them to think about something in a different way. Make sure you respond to all comments.  Further, use those responses as a barometer of how well you’re communicating, which subjects have the most resonance, and which ones excite you enough to want to write more on them or explore them further.  Inspiration sometimes comes after committing to a subject for the long haul.

The seismic shift in the media landscape has created an enormous challenge for those who want to communicate well.  It has also opened up an equally large opportunity for those brave and eager enough to grab it.